Example Problem: The growing threat of terrorism has led to major efforts to develop  detection sensors and instruments to locate explosives and chemical and biological (CBW) weapons. These devices must detect ppb and ppt concentrations in a complex air matrix that may also be contaminated with a variety of industrial compounds. The Department of Defense and other government researchers need gas standards to evaluate the detectors being developed.

For CBW, KIN-TEK licenses and trains surety lab personnel to fill and certify permeation tubes, making it possible for them to fill permeation tubes with CBW or other restricted compounds.

Also refer to quality control as related to military applications. 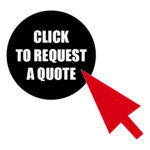