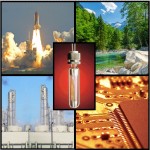 About our complex mixtures